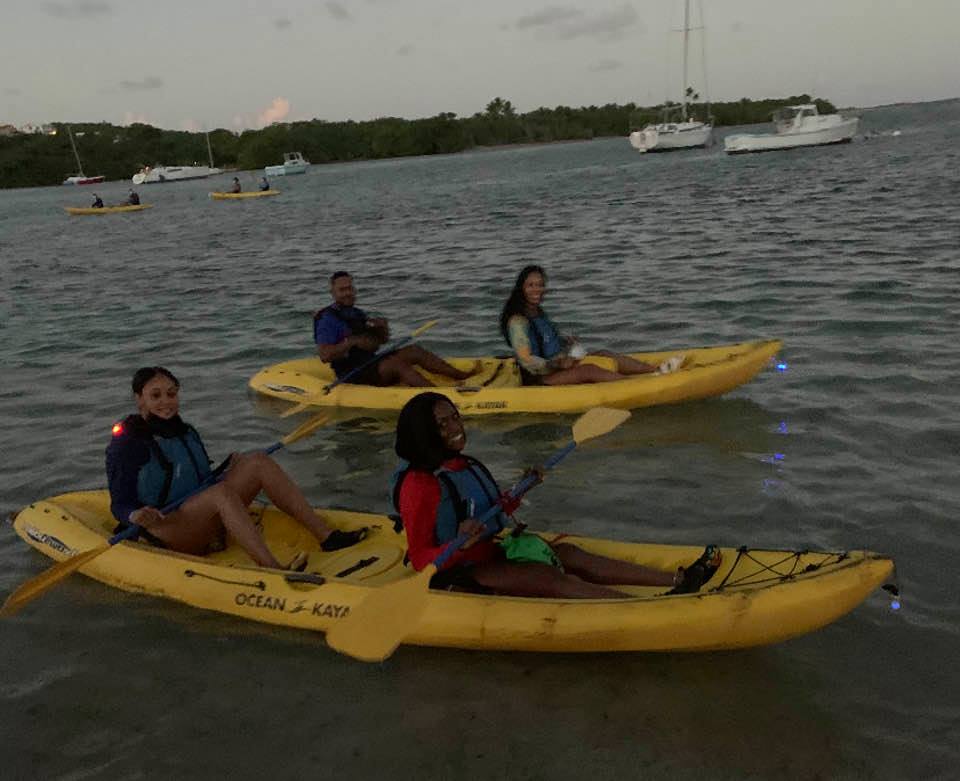 Experience on of Puerto Rico’s natural wonder.  Encounter nature close up as you paddle through the natural channel that leads yo into Laguna Grande, and the Cape San Juan Nature Reserve.
From$55
0
BOOK NOW

Bioluminescence is the light produced by a chemical reaction that occurs in an organism. It occurs at all depths in the ocean, but is most commonly observed at the surface. Bioluminescence is the only source of light in the deep ocean where sunlight does not penetrate. Amazingly, about ninety percent of the organisms that live in the ocean have the capability to produce light.

It can be used to evade predators, attract prey, communicate within their species, or advertise (Nealson, 1985). For example, the angler fish uses the Lure Effect (attracting prey). This fish has a dangling lure in which bioluminescent bacteria live. The lure hangs in front of its mouth; fish swim toward the light and may become food for the angler fish.

Las Tortugas Adventures is a family run, Veteran owned business. We are dedicated to the preservation of the environment.  All our tours stress a “leave no footprint” mentality. We are environmentally responsible, and still enjoying all that mother nature has to provide.

Prior to establishing Las Tortugas Adventures in 1997, Gary Horne spent 20 years in the United States Coast Guard.  He and his wife Evelyn then started Las Tortugas Adventures.  Gary & Evelyn have over 50+ years of experience working in the marine environment.  With our highly trained staff, the love of kayaking, combined with our island’s beauty.  Makes it easy Share with our guest the best experience possible.